Beyond the Roseto Effect 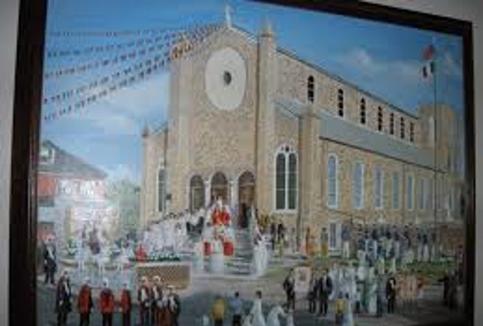 I’d like to share with you about an Italian-American community which gained a great deal of attention in the 1960’s.  While the neighboring town reported 79 cases of heart disease in a decade, Roseto reported 9.  There seemed to be no alcoholism, addiction or suicide and very little crime.  Two researchers at Oklahoma University decided to investigate and concluded that it was not the high fat diet and wine that protected the community from these physical and mental health ailments.  What set Roseto apart was the “social solidarity” which came from extended family and neighbors sharing meals, walking to and from work together, multi-generational family units and neighbors taking care of each other.  These health differences disappeared in the 1970’s as the children of the community came of age and chose a more individualistic lifestyle with smaller family units and taller fences (Egolf et al., 1992).

Considering the now well-established “Roseto Effect,” it could be argued that the cure to, or at least significant protective factors against, physical and emotional ailments must be found within social relationships.

But many of us create barriers to true social connection within our relationships.  Symptomatic of our current society is not only less communal solidarity, but also the tendency to present to the world only what feels safe for others to see.  In the name of strength, helpfulness, independence, privacy, approval or avoiding criticism, our most vulnerable thoughts and feelings are too often not shared.  Many fear that to be fully authentic will reduce their value to others or even result in rejection.  (Assumption of rejection or self-rejection creates the same physicological response in the body as actual rejection/isolation and subsequent illness, read more here).

A strong, force-to-be-reckoned-with grandmother struggles with depression and addiction.  She feels alone because her loving friends or family don’t “know” her, they only “know” who she puts on to be. Would anyone like the real her?

An attractive pharmacist never lets on, even to his partner, how he’s feeling or what he’s thinking.  He fears criticism, judgement & attack.  His anxiety, depression and physical ailments are becoming debilitating.

A gifted healer and yoga teacher suffers alone rather than burden others with the pain she is feeling.  The rejection she feels is self-inflicted and she won’t allow for others to know or care for her.

A young business owner decides at an early age that he must present as strong, not share his burdens or desires.  Depression and loneliness were daily struggles until he began naming his pain and desire.

At the root of so many individuals’ pain is this; connection from a false-self is insufficient.  Such connection leaves one feeling lonely at best and like a fearful impostor at worst.   A person can not be truly known if they do not allow themselves to be known.  Without feeling known for who you really are, love, support and acceptance can be easily dismissed or seen as invalid.  AND it becomes very difficult to get needs met. This is a recipe for feeling disconnected, lonely, depressed, anxious and for chronic pain and addiction.

Challenge: Break the Silence.  Strive for an authentic connection, even if with just one trusted person.  Or if someone is sharing with you, let on that you don’t have it all together either!

Despite his illness, I believe these words of wisdom should not be lost.  If you are struggling with thoughts of suicide please reach out1-800-273-8255 or text  741741 (it may take 5 or more minutes to be connected).